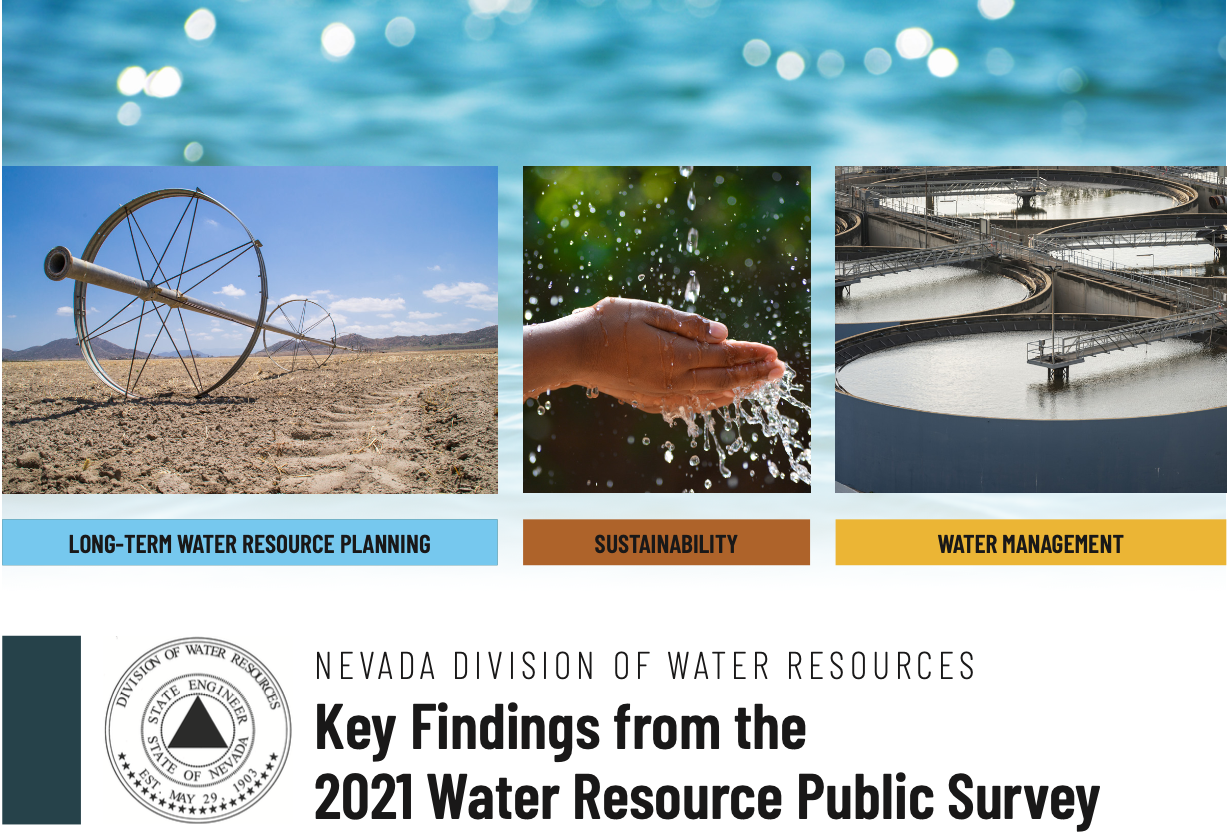 In late 2021, the Nevada Division of Water Resources (NDWR) conducted a public survey at the onset of the process to update the 1999 State Water Plan. The purpose of the survey was to collect feedback from a diversity of Nevadans regarding their water-related concerns, priorities, and perceptions. The survey responses provide a baseline dataset that will be considered in the planning process. CNAP was instrumental in supporting the Nevada Division of Water Resources in developing a survey instrument, data collection and analysis, and reporting regarding Nevadans’ water-related concerns, priorities, perceptions, and impacts from extreme weather and changes in climate. 1,192 participants completed the survey, and responses were received from all Nevada counties. While most of Nevada’s population resides in urban and suburban areas, 39% of respondents indicated they lived in rural or semi-rural places. Respondents included a diverse representation of concerned citizens, business owners, government employees, elected officials, tribal members, scientists, and agricultural producers. provided expertise and focused on building capacity for the NV Division of Water Resources to engage in rigorous information elicitation and data collection in support of upcoming major policy planning efforts.